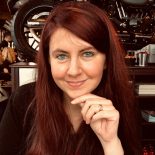 Gayle Forman became famous a few years ago with her novel If I stay, which was said to be « the most  emotional book after Twilight » (clearly not an asset, in my opinion). Not long after that, she came back with a new book for teenagers : Sisters in Sanity, that she wrote after reading an article about boot camps. 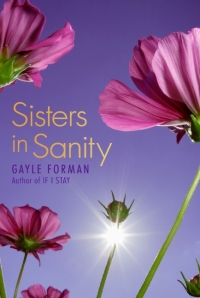 Sixteen-year-old Brit Hemphill is a tatooed musician who loves playing with her band (and especially the handsome Jed) and tries to forget that her father had remarried with her « stepmonster ». But apart from that, her life is ok. But convinced that her daughter is out of control and in order to help her, her father sentences her to Red Rock, a therapy center for rebellious teens, which looks like a prison or a gulag. But there, Brit meets four girls who become her friends and prevent her from going nuts…They become sisters in sanity.

This novel seemed very looong to me. I’d enjoyed her first novel, If I stay, and I remember it as a quite good book, so I must admit that I have been very disappointed by this book. It was both flat and depressing. It might have been done in purpose, though, in order to make us understand how Brit’s life has become a mess.

For sure, Red Rock is terrifying : it is a center where girls are made to insult their friends for the sake of therapy, where they are always spied on, even under the shower, where they are even cavity-searched. Looks like prison to me, but they don’t even have the same rights than in jail. They don’t even get mail or phone calls until they reach a high rank in the school’s hierarchy. Needless to say that Brit’s life is very dull and that she feels very low throughout the book. Fortunately, she manages to make friend with a few girls. Although they’re are rather flat characters, they have strong personalities and identity : the girl who need to lose weight, the Texas girl who talks like a cow-boy and prefers girls, the one whose mom is a soap-opera star…

This book clearly lacks subtlety : all adults are stupid and mean, whereas teenagers are brave and clever. Everything is either black or white. This book is built on clichés : Brit’s stepmother is mean, and her father is totally blind. From the beginning, we already know how it will end. Avoid this book, unless you have nothing else to read. 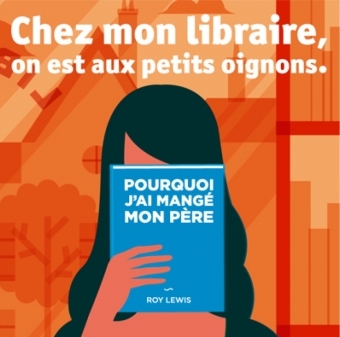